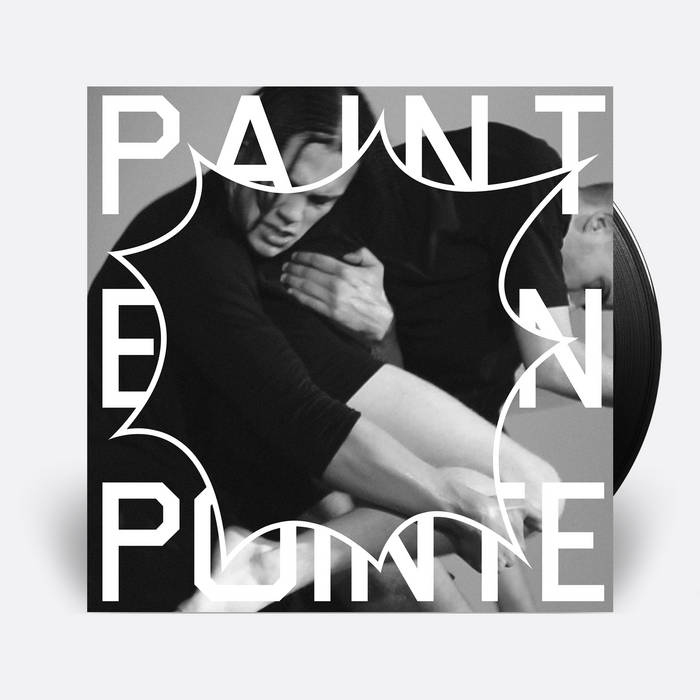 'Paint en Pointe' is a compilation of selected compositions by Eugene Ward, otherwise known to most as Dro Carey / Tuff Sherm. The tracks have been taken from a series of performance collaborations with choreographer Patric Kuo over a 5 month period. The performances, which occurred monthly in the latter half of 2014, took place in Spot81 gallery in Chippendale, Sydney. Kuo and Ward, along with a roster of dancers, were invited to create new dance works that responded to the exhibition occurring during the given month. Throughout the series many ensemble types were explored, ranging from solos up to large groups of as many as 16 dancers. Patric Kuo is a Sydney based dancer/choreographer originally trained in all styles, but presently heavily draws his influence from hip hop and contemporary dance. Coming from a performing arts and commercial dance background, Kuo has expanded his ideas about communicating to an audience, moving away from the traditional entertainment relationship towards an approach that includes engagement more informed by performance art.

Best known for his club music productions in his Tuff Sherm and Dro Carey guises, the compilation offers an exploration of a different side of Ward’s music. Paint en Pointe showcases Ward the composer, synthesising his characteristic textures and percussion with structures that allow in some instances more formal approaches (informed by his study of composition at the Australian Film, Television & Radio school), while in others, even greater experimentation than in his – already quite singular - solo music work.

'Paint en Pointe' Explores that tantalising and ultra-modern dance ethos of contrasting double & half time feels to create a juxtaposition of fast and slow rhythms that echoes the sound palette of styles such as trap, juke and footwork without aping them or even directly referring to them. Add to this Ward’s uncannily attuned ear for ‘wacky’ and almost comical sounds and you get a playful yet muscular interpretation of music for movement; one that’s stripped back enough to allow the listener to focus on the intrinsic character of each separate musical detail.

Ward’s use of machinery sounds throughout this body of music could possibly allude to the corporeal essence of dance and rhythmic motion. Not in the sense of ‘doing the robot’; but rather a musical x-ray of tendons, ligaments, joints and sockets functioning as an ancient and beautifully complex marvel of engineering.

At times Paint en Pointe recalls the deconstructed, mutated, and cinematic dancefloor work of uk producers such as Wen and Logos, but embraces a more organic, experimental, and occasionally exotic approach to rhythmic structure that is comparable to the work of artists such as Fatima Al Quadri or Shackleton - combine these two worlds with a constant respect and achknowledgement for modern sound design masters such as Rashad Becker and Mika Vainio and you find a forward thinking sound that stands completely alone.

Ward has previously released music on an impressive roster of labels including The Trilogy Tapes, Ramp, Opal Tapes, Merok, Berceuse Heroique, and Greco-Roman.